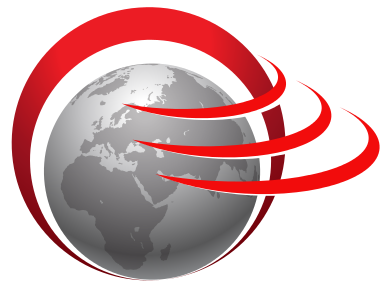 We have right solutions for your staffing needs

More and more Bulgarians come to work in Germany. However, many of them fall victim to labor exploitation and do not know where to seek their rights. Here is what three Bulgarians, who came across incorrect employers, say. More and more Bulgarians are heading to Germany. The reason: in 2014, the restrictions on the German labor market were completely lifted. Since then, the Federal Republic has welcomed nearly 160,000 Bulgarian migrants. Most of them come with the intention of staying temporarily. They work as caregivers, builders, hygienists, drivers, kitchen helpers. However, their dream of a better life and decent pay does not always come true. Some fall into the hands of dishonest employers and fall victim to labor exploitation. “The most common victims are caregivers and construction workers,” said Ivan Ivanov of Faire Mobilität, which offers mother tongue consultancy services to workers in Eastern and Central Europe. According to him, most criminal structures exist in these sectors. Their members benefit from the exploitation of human labor. And the violations are usually associated with the manipulation of working hours. Ivan Ivanov explains that this problem mainly affects people who care for the sick or elderly 24 hours a day. Very often they receive contracts with working hours of 2, 4 or 8 hours a day, but in reality their commitment is permanent. Nurses work without rest, with unlimited working hours and in constant readiness to serve the patient. Such workers – mostly women from Eastern and Central Europe – receive a minimum wage (usually € 9.50 per hour) and are often deducted from their salaries for rent and food. There is no information about their specific number. According to experts familiar with the problems in the industry, the caregivers from Eastern and Central Europe are between 100,000 and 400,000 people. However, others believe that they are much more, as many work illegally. Until recently, among them was Marina P. *, who arrived in Germany in 2009 and began working as a black nurse. He remembers that he once had to take care of an elderly family in Lauben – the woman was mentally ill and the man was in bed. “I couldn’t go to the toilet or go out in the yard for 5 minutes to take a breath, once I didn’t blink for 72 hours. There were no weekdays, no holidays, no rest. There was only work, a lot of work,” Marina said. But that’s not all. It often happened that they did not pay her on time, withheld more rent money and did not pay her health insurance. Her last employer also turned out to be a fraud, but the woman never had the courage to seek redress in court. Instead, she decided to forget about the case and started fresh in another city and at another job. Many victims choose this path and rarely turn to the authorities for help. Not Stoyanka A., who decided to seek her rights. The 55-year-old woman left Bulgaria 4 years ago to look for a new livelihood for her family. A few months ago, a Bulgarian brokerage firm sent her to work in a large pig farm near the German city of Potsdam. On the tenth day of her stay, Stoyanka suffered a work accident – she fell into a 4-meter shaft, where the dead pigs were dumped. She miraculously survived. However, she was later fired. Her story is not an isolated case. “Many employers abuse the ignorance of their employees and illegally dismiss them in the hope that they will not seek their rights,” explains Ivan Ivanov. In Germany, the term for contesting such dismissal is only 3 weeks, but unlike in Bulgaria, there is no explicit ban on the release of the worker during sick leave, he added. “Even during the first 6 months, when the so-called probation period (Probezeit) usually runs, the employer is not obliged to state the reason for the dismissal, he only has to comply with the relevant notice period. Many companies resort to this approach to save money. the payment of sick leave “, explains Ivanov. Many foreigners working in the meat processing sector in Germany face similar problems. According to the Federal Employment Agency, every third employee in the industry has foreign citizenship, and new jobs are almost always filled by workers from Romania and Bulgaria. Statistics show that in June 2018 the number of Bulgarians in the meat processing sector reached 2,600 people *. They often work in extremely difficult conditions – at a minimum wage, six days a week, sometimes 12-13 hours a day. They are usually accommodated in dormitories. There they are forced to live in miserable conditions, without any personal space. For this “pleasure” they are deducted rent, which can reach 290 euros per month.

You can find out more about which cookies we are using or switch them off in settings.

This website uses cookies so that we can provide you with the best user experience possible. Cookie information is stored in your browser and performs functions such as recognising you when you return to our website and helping our team to understand which sections of the website you find most interesting and useful.

Strictly Necessary Cookie should be enabled at all times so that we can save your preferences for cookie settings.

If you disable this cookie, we will not be able to save your preferences. This means that every time you visit this website you will need to enable or disable cookies again.